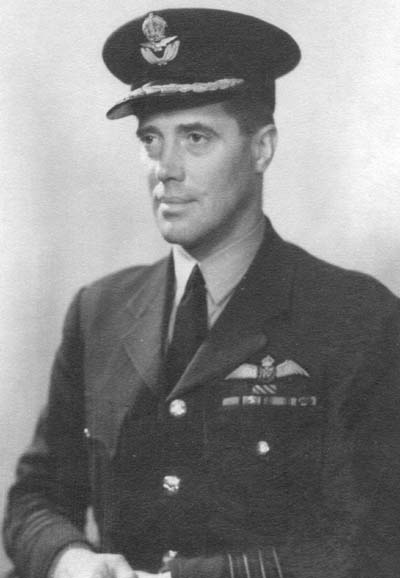 7 Sep 1929:         Relinquished his RAFO Commission on appointment to a Permanent Commission in the RAF.

He attended Cheltenham College and later St John's College, Cambridge, where he was awarded a commission in the RAFO and learnt to fly as a member of the University Air Squadron.  Completing his degree in 1929, he was awarded a permanent commission and following his service flying training at Netheravon he was posted to No 13 Squadron at he same location.  A year later he was posted to Leuchars in Scotland to train for carrier operations, after which he was posted to No 446 (Fleet Spotter Reconnaissance) Squadron, which was then flying the Fairey IIIF and serving aboard HMS Courageous.  In 1932 he began the two year aircraft engineering officers course and when he had qualified he became a engineering officer at the School of Naval Co-operation and then aboard the carrier, HMS Furious.

After the war, he returned to the UK and took command of No 13 OTU at Middleton St George and then joined the staff of the British Air Forces of Occupation in Germany, whilst there, he and four others formed the RAF Gliding and Soaring Association, which still exists today.  In 1948,  he travelled to the USA as a member of the Joint Services Mission to Washington and then he undertook an exchange posting with the USAF in Alabama, before returning to the Air Ministry for three years.  Having attended the Imperial Defence College, he was appointed to what he considered 'the best job in the world', Commandant of CFS.  Shortly after taking over the post the CFS Helicopter Development Unit was set up resulting in him being able to 'solo' for a second time on 27 January 1955, this time in a helicopter.  Later that year (May) he visited the USA and discovered that the USN did not permit U/T helicopter pilots to fly fixed wing aircraft.  He left the CFS for the post of AOA in Aden, but he was unhappy with this posting owing to personal problems encountered with the AOC, which led him to take the unusual action of formally censuring him.  He returned to the UK in 1957 taking on his final appointment of Director of Operational Training.

Following his retirement he became Secretary-General of the Air League until 1971 and from 1969 until 1978 he was President of the Popular Flying Association.