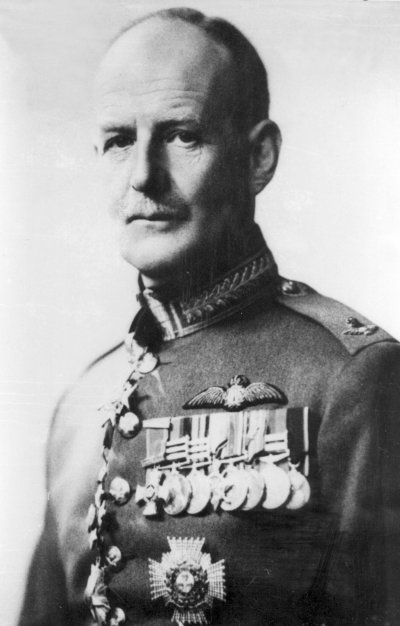 Born in Minnesota, USA of Scottish descent, he attended Bedford School.  He gained his RAeC Certificate (No 985) on 24 November 1914 and joined the RFC.  He originally fought in South Africa as a private soldier before being commissioned.  In 1904 he joined the West African Frontier Force, where he was mentioned in despatches but also caught blackwater fever.

He had a special craving for a glass of whiskey and milk before breakfast and not being prepared to accept condensed milk, he detailed one of his officers to acquire suitable supplies of milk.  This resulted in the squadron being probably the only RFC unit on the Western Front or elsewhere to possess it's own cow.  He led a return flight from Basrah to Muscat in flying boats starting on 8 May 1929.

"The, Royal Air Force under the Command of Wing Commander C. S. Burnett, C.B.E. , D.S.O. , Commanding Mesopotamian Wing, Royal Air Force, have during the operations above described co-operated with the Army both in attack and defence, constantly reconnoitring almost every part of Mesopotamia. Twenty-eight tons of bombs were dropped and 74,000 rounds of ammunition fired from machine-guns on insurgent concentrations, camps and. convoys and hostile villages.  Communication was maintained with outlying and besieged garrisons; ammunition, food, medical comforts, wireless spare parts, and on one occasion a 13 -pounder breech block were conveyed, to isolated posts."